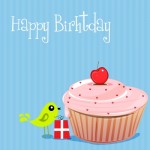 Yes, really! It’s not just the Queen who gets to celebrate more than one birthday these days, you know. 🙂

If you have a Twitter account, it’s the perfect excuse to legitimately celebrate with a mid-morning cuppa and a chocolate muffin (I don’t need many excuses!!).

I joined Twitter on 3 April 2009, so it’ll be my fourth Twitter birthday – or Twbirthday as it’s known – very soon. You can even get your very own birth certificate, just type in your Twitter username on the Twbirthday site and hey presto, there it is… 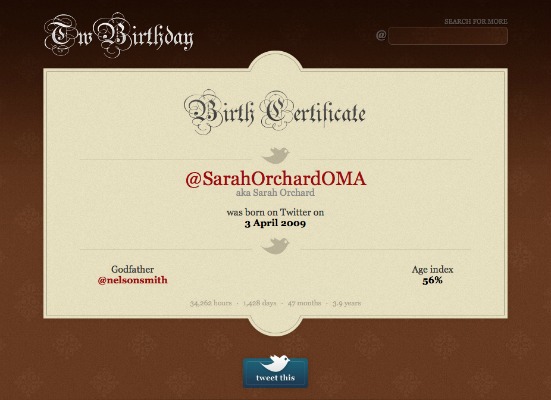 Of course, it’s all just a little bit of good fun. But it’s also quite interesting, because your age index shows how you compare to other Twitter users. For instance, mine is 56%, which means I’m older than 56% of other users – not quite an early adopter (Twitter launched, after all, in 2006), but relatively respectable for all that.

It’s just one little fact I’ll be pondering over in a couple of weeks’ time as I’m waiting for the kettle to boil and that birthday chocolate muffin is daring me to tuck in!