What has Native Video, Periscope and a Meerkat got to do with your small business marketing? All is revealed! 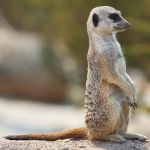 Just as you think you’ve got social media sussed, just as you’ve worked out how best to use Twitter and Facebook to market your small business and have all bases covered… something else comes along to add into the marketing mix!

Recently, there have been a number of new social media platforms making themselves known. Quickly adopted by the younger generation who can recognise cooler alternatives to Facebook when they see it, these new platforms have really grown in popularity – Snapchat is just one that has really come to the fore, along with Instagram and Vine. And then we have Meerkat and Periscope, two live video streaming apps that were launched in quick succession (and in competition with each other!). Whether you’ve heard of any of these new apps and networks, or have any experience of actually using them, common to all of them is native video – but what the heck is that?

Let’s backtrack a moment to the safe ground that is Facebook. How many video clips do you see in your news feed? I’m guessing quite a lot – either snippets of family life uploaded by friends, compilations of cats doing silly things shared by someone in your friends list, or live video streams from the brands or business pages that you have Liked and followed. All of these examples are native video. And it’s native because the video is uploaded or created directly on that social network and accessed via that network without being redirected to another site such as YouTube.

The use of video now accounts for almost 80% of all web traffic. And native video seems set to absolutely sky rocket, particularly when you take into account the fact that video views on tablets and smartphones more than doubled last year alone. Social media apps such as Periscope and Meerkat have now made live streaming video content incredibly accessible, and it opens up all kinds of new marketing avenues.

So, no longer is Twitter just about choosing your words carefully, you can now publish video content of up to 30 seconds in length using Periscope. And Meerkat enables users to stream video directly on Facebook. And it’s happening in its billions, as many as three billion video views a day on Facebook alone, according to some estimations.

And the big deal is?

Savvy businesses are now adopting native video into their marketing strategies. Big brands and small businesses alike have recognised that the potential of live video streaming goes way beyond cute cats and dippy dogs, it is a powerful marketing tool that offers another way of directly engaging with their target audience – without expecting them to shift their attention from one online environment to another. And we all know how valuable organic reach is – well, native video, not surprisingly, is far more powerful in this respect, too. YouTube may well have reason to worry!

So that’s native video in a nutshell. I’m going to cover how you can harness the power of native video and use social media apps and the latest social media networks in a separate article that will follow soon!