The power of blogging! 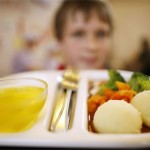 So have you been reading about Veg in the last few weeks? I was intrigued when the BBC ran a story about a schoolgirl’s blog about school dinners being banned by Argyll and Bute Council – a move that was quickly overturned following an absolute outcry from all over the world.

The NeverSeconds blog is based on a very simple premise: Veg (aka Martha Payne) posts a picture of her school lunch and writes a review. The blog started at the end of April and was intended as a way of raising money for Mary’s Meals, a charity that sets up feeding projects to ensure that school children in many of the world’s poorest communities get the chance to enjoy one good meal a day and be motivated to attend school.

I don’t think Martha ever aimed to attract the attention that she has since received, or raise anything more than a few hundred pounds – but clearly she didn’t factor in the power of the media or social networking (she’s a nine-year-old child after all, not a marketing whizz!). The blog is now read globally, Martha has received the support of celebrities such as Jamie Oliver, and fundraising has exceeded £100,000 – even the legend that is Barry Manilow has donated! Thanks to Martha and her blog, Mary’s Meals can now build an entire new kitchen in Malawi. And how good is that!

And why am I harping on about this? Because, quite apart from being staggered, amazed and extremely impressed by just what one child has managed to achieve in such a short time, it just goes to show that blogging can be such an effective communications tool.

Okay, most blogs aren’t going to get huge media attention, but NeverSeconds does show how a simple and small idea can resonate with people and gather momentum. And Martha’s not a professional copywriter, she’s just writing what she thinks and in her own words, and people like her for it – her voice has persuaded thousands to donate to the charity. Translate that to a business environment and it’s all about talking with passion and commitment, allowing your personality to show through and building a relationship, all with the aim of converting your blog readers to customers.