So what does a copywriter actually do? 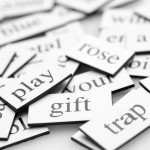 Over Easter, I got away for a week’s skiing, staying with my family in a shared chalet. The early part of the week was spent getting to know the other guests and, not surprisingly, dinner conversation would often turn to the question of ‘so what do you do for a living?’

This question tends to make me shudder. I was surrounded by a property developer, lawyer, several teachers, a few accountants, a management consultant amongst others, all of which sound like proper grown-up jobs, ones to which you can immediately nod your head in understanding. Even secretary to an MP seemed like a plausible occupation.

But when I said I was a copywriter I simply got blank stares, a very blunt “so what does that mean?” or the usual confusion that I do something terribly interesting in the world of copyright protection and patenting. And actually, trying to qualify my profession by saying that I write brochures and websites didn’t necessarily make things any clearer for some of my companions.

It hit me just how often this happens, that copywriting is one of those jobs that goes on in the background. I don’t think any of the other guests would have given a second thought to the fact that someone (quite likely a professional copywriter) had spent time writing engaging and persuasive content for the website or holiday brochure from where they picked their ski holiday. It’s rather like the realisation I had when watching the BBC’s recent series on the London Underground, which introduced me (and I’m sure many, many others) to all those unseen workers who fulfil a whole raft of duties to keep the system up and running. Or, more romantically, like the fairies my mum always claimed would have to come and clear up after me (I was young, okay, although she was probably still saying it when I was a teenager!).

I’ve already admitted in an earlier post that I don’t know who writes what and that it doesn’t matter. But I have definitely failed to appreciate that outside of the marketing world, people believe that good copy obviously appears on page or on screen as if by magic! I can only hope that my fellow guests returned home a little more aware and might occasionally wonder how much work has gone into creating an ad, a flyer, the wording on a piece of packaging, a catalogue…