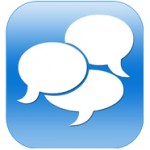 I got back from my summer hols a few weeks ago and, quite apart from having a fabulous time (ah, the memory of sun and heat!), I had one small and rather inconsequential experience that is still making me smile.

As our plane prepared for take off the in-flight safety video began. This would usually be a cue to bury my head in a newspaper, along with silent, obstinate denials that anything disastrous could ever go wrong. But I found myself watching the whole thing – a first for me, and probably for many of my fellow passengers. Instead of a horribly animated film that doesn’t stand a chance of engaging with its audience, this one used a bunch of children who took on the roles of pilot, passengers and crew. All the important messages are there, but in Thomson’s version there’s some very charming, gently funny touches throughout (check out the three dudes in sunglasses), and thanks to the delightful acting of ‘Alice and Co’. I watched it for the entire duration. Two weeks later, I was very happy to watch it again.

A bit of research when I got home showed that the film launched in 2009, which obviously says something about me and how often I get away. But I also discovered some interesting statistics. Did you know, for example, that research conducted in 2006 showed that 54% of passengers didn’t bother to watch in-flight safety videos in their entirety. No surprise there really. When Thomson measured the success of its safety video, they found that there was a 15% increase in the number of passengers who watched it and a massive 91% increase in the number of children under the age of 12 who watched. I think that’s pretty impressive, don’t you?

It’s very easy for frequent flyers to be dismissive of this sort of information – a ‘been there, seen that, don’t need to see it again’ attitude. I think the strength of Thomson’s video is that it can be watched over and over. There’s just the right amount of visual jokes that keeps it fresh. And the fact that it so clearly connects with younger travellers means that as adults they will be much more prepared for any untoward incidents.

It just goes to show that it’s not always what you say, it’s how you say it that counts. I can hardly wax lyrical about the script, it’s just pure bog-standard information – but presented in a different way it is immediately more engaging. Now that’s got to be something to think about!